I learned a great deal in school.  I learned how our government is structured.  I became acquainted with the roles of protons, neutrons, and electrons.  I discovered I’ll never be able to finish Wuthering Heights.  I learned that if I’m on a Train A which is traveling at 35 mph, and Train B is 5 miles ahead and traveling 15 mph, it will take me until Hell freezes over to figure out when I’ll catch that stupid train.  But, I also learned a great deal outside of the classroom through sports.  There are 5 main lessons I learned on the baseball diamond, basketball court, and cross-country trail and all of them have proven to be extremely valuable in life.

1.  We all have limitations

If you watch TV commercials, you can be fooled into thinking that if you work harder than anyone else, you can make it to the pros.  Here’s the thing… you probably can’t.  Some of us can work extremely hard, but will not possess the physical gifts to be able to play centerfield for a professional baseball team, linebacker in the NFL, or win a marathon.  If fact most of us – regardless of the level of effort given – will not be good enough to play at the collegiate level.  And that’s okay.  If we pay attention to this lesson, we figure out that we can get a great deal out of the struggle to achieve, whether or not we actually reach our goal.  Not everyone can be a pro hockey player and not everyone can be an astrophysicist.  Maybe you wanted to fly a jet in the military, but your eyesight isn’t good enough.  That’s just the way it is.  It doesn’t mean we shouldn’t try our best, but it puts our “failures” in perspective.

Our best, or our team’s best, may not be good enough on a given day.  Sometimes things just fall in place for your opponent, or maybe you have been the victim of a bad officiating call.  It happens in sports and it happens in life.  At some point, most of us have been rejected for a job for which we knew we were qualified.  Or you probably missed out on a promotion you felt you earned.  I think this is easier to handle when you learn winning is not absolute at age 8, rather than when you are 28.

Most sports and jobs involve a team.  This means there are others who need to know you will show up and try your best each and every day.  If you mentally check out, the ramifications are not limited to your own well-being.  Just as your basketball team needs your full attention, your work unit is relying on you to finish an assignment.

This is just solid advice.  Always. 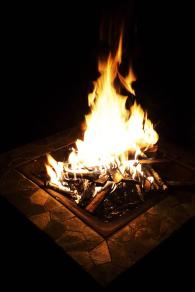 I played basketball in high school and I cannot remember one single game that was harder than our practices.  One of my fondest sports memories is when we beat a talented team from a much larger school, in triple overtime.  We won because our practices were so demanding that even a 3 OT game wasn’t overly daunting.  We were both mentally and physically tough because our coaches pushed us beyond what we thought were our limitations.

It’s the same if you are giving a presentation or coordinating an event in the workplace.  If you can make the practice sessions ridiculously hard, everything goes smoothly on game day.  That lesson has served me well when I was in law enforcement and when I moved to the “civilian” side of operations.  When your game day feels like a rest day, there is a decent chance you’ve already won.

There are plenty of other quality lessons we learn from sports when we are young, but these may have been the most important for me.  What concerns me now is the fact so many kids are not participating in sports and instead lose themselves in a videogame world where you never really deal with loss, but simply start over with another life.  While I played my share of videogames, my parents always encouraged me (but never forced me) to compete in athletics.  This forced me to deal with the elation of achievement as well as the despair of defeat.  Now, I fully realize that not all kids are able to play sports, but there are other ways to learn these lessons.  Whether the field of play is a baseball diamond or a math field day, the same lessons can be learned – although you may not need the BENGAY advice for a social studies fair.

What lessons have you or your kids learned from competing?

J.J. Hensley is the author of RESOLVE, which is set against the backdrop of the Pittsburgh Marathon, Measure Twice, and other works. Hensley is a former police officer and former Special Agent with the U.S. Secret Service. 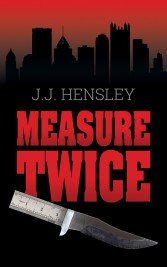 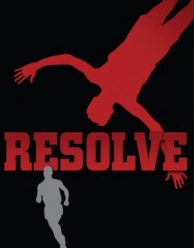 Finalist – 2014 International Thriller Writers Awards – Best First Novel
Named one of the BEST BOOKS of 2013 by Suspense Magazine!
Top Ten Books of the Year – Authors on the Air
Advertisement